REST API services let you interact with the database by simply doing HTTP requests. In this article you learn how to write a REST server using the Flask.

This is often how the backend of web apps is created. Returning data is in JSON format and requests we are using are PUT, DELETE, POST, and GET

To make our first program, recall that we enter the URL in the browser

At the time, a string “Hello World!” was returned, so we thought, can we replace this string with a json sequence? Isn’t that the same as a REST query API?

So, we might have the first impulse to do this:

Actually, we just modified the returned string, modified it to a string of JSON, and then we opened it on the browser

Wow! It seems to have achieved the function we wanted, returned a JSON string.

But we opened the debug tool for Chrome (which I use as a tool similar to Chrome, Safari, Firefox) (under Windows: Ctrl + Alt + I, Mac under: Cmd + Shift + I), we can see that this returned data type actually is of type html: 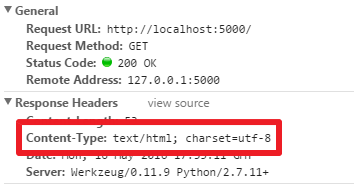 You may wonder what impact this might have, the impact should be small in most cases, but for some mobile-side libraries, the data may be processed according to the response (incorrectly!).

To deal with this situation, we can’t simply set this response head into json format.
A better solution is to use the jsonify function of the Flask, where I use this function to modify the code: 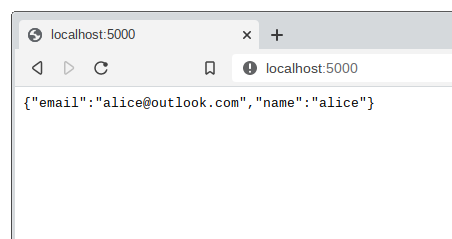 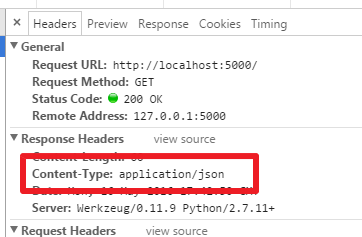 We know that there are six commonly used HTTP request methods, which are

The code that we just had had to deal with GET by default (the browser defaults to using GET), so how do you program the other requests?

The program below demonstrates this:

The code is long, but the code is easier to understand, and it is a relatively simple file operation.

The code that we need to focus on is the following:

How to Set Up Flask with MongoDB