To distribute your app, you want to have a single executable program instead of source code. This is easier than giving users many Python files.

Why? A user can start your app with a single click. On Windows it’s a .exe. On Mac OS X it’s a .dmg

You can use fbs to create a program that can be run.

Take a look at the file /venv/src/main/python/main.py. That’s the source code for your program. 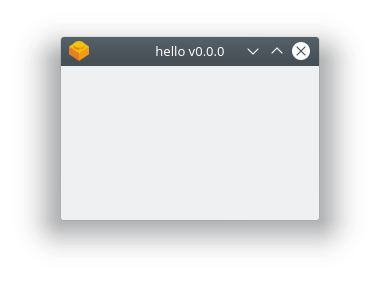 You start apps from a binary. On Windows thats a .exe, on Mac that’s a .dmg

To make a standalone executable type

It then creates the program in target/. If you named the app hello, it’s target/hello/hello.

Software is always installed using an installer. You can create your own installer with the command fbs installer.

On Windows and Mac this will create a graphical setup program (setup wizard).

On Linux it creates a package file (.deb, .rpm), that can be installed with the package manager.

If you are new to Python PyQt, then I highly recommend this book.

How to change the PyQt style?